With both cmdlet you can set the current working folder in your console.

However, Push-Location becomes really interesting when you associate its use with Pop-Location. Both cmdlets act merely like the Back and Forward buttons from the Windows File Explorer.

With Push-Location and Pop-Location, the history is named the stack.

However, unlike with the Windows File Explorer, with Pop-Location you cannot pick-up one location in the midst of the stack. The Push/Pop system works with the LIFO method:

As you can notice in the following example and screenshot: 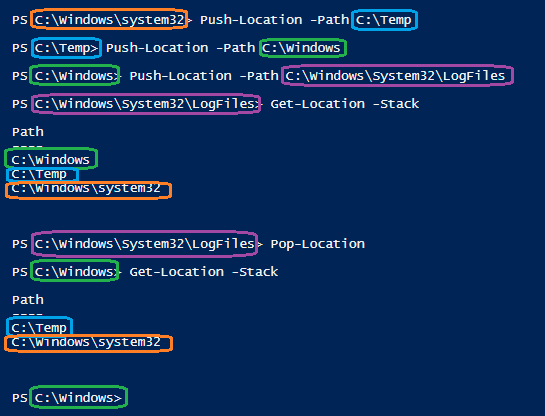 As you can see in the following example, I filled 2 stacks and then I popped the latest location from one of both stacks.

In the next example and screenshot, you can notice that: